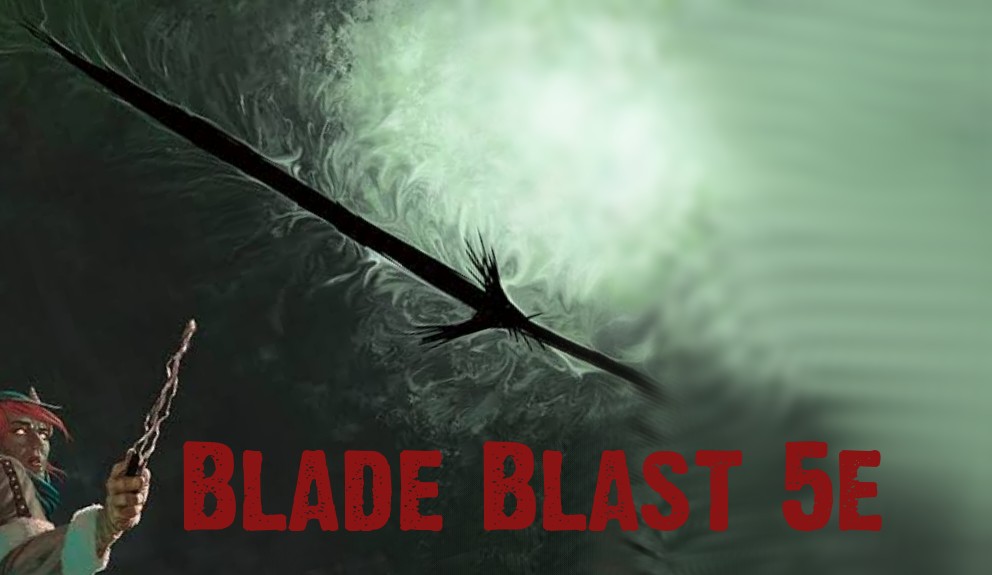 You create a blade-shaped planar rift about 3 feet long in an unoccupied space you can see within range. The Blade lasts for the duration.

When you cast this spell, you can make up to two melee spell attacks with the blade, each one against a creature, loose object, or structure within 5 feet of the blade.

On a hit, the target takes 4d12 force damage. This attack scores a critical hit if the number on the d20 is 18 or higher.

As a bonus action on your turn, you can move the blade up to 30 feet to an unoccupied space you can see and then make up to two melee spell attacks with it again.

The blade can harmlessly pass through any barrier, including a wall of force.

8. Does Blade of Disaster Have A Range?

Yes, it is definitely true! The blade has a range as well. The range is 60 feet, so it is suitable for this spell.

7. Who Can Use Blade of Disaster?

According to Tasha’s Cauldron of Everything, the blade of disaster works on sorcerers, warlocks, and wizards. All of these classes benefit from the spell.

6. What Level Is Blade of Disaster?

A conjuration spell of 9th level, Blade of Disaster. This spell belongs to the Conjuration school. It’s not a ritual spell.

5. Does Blade of Disaster Pass To Barriers?

Absolutely! A blade can pass through any barrier, including one created by force.

4. How Does Blade of Disaster Work In 5e?

On DND you can use Blade of Disaster, which creates a blade-shaped planar rift about 3 feet long in an unoccupied space you can see within range. Once created, the blade remains in place for the duration of the effect.

As part of this spell, you can use the blade to make up to two melee spell attacks against creatures, loose objects, and structures within five feet of the blade.

2. Can You Use Blade of Disaster As A Bonus Action?

Definitely! The blade can be moved up to 30 feet in a bonus action on your turn to an unoccupied area you can see, where you can cast up to two melee spells again.

1. Where Get Find Blade of Disaster?

You can find on the sourcebook of Tasha’s Cauldron of Everything.

This post was hoped to be interesting to you. I appreciate you taking the time to read it.